Generals and other Notable Members:

A representative teamed up with: 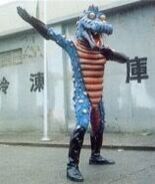 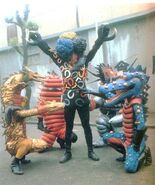 A Promotional image of all the Hakaider Squad's Monster Forms, and Gattaider

Community content is available under CC-BY-SA unless otherwise noted.
Advertisement